Learn more about the Heart & Rhythm Center, Prof. Sacha Salzberg and some innovations in modern heart medicine in video and media reports. We have a YouTube channel, LinkedIn presence and a Facebook page for this purpose. We look forward to numerous interactions.
22.07.2021

Atrial fibrillation (AF) is found in more than one percent of the population in industrialized countries. AF is usually triggered by extra beats, more than 95 percent of which come from scattered heart muscle cells in the pulmonary veins. The resulting irregular and often rapid heartbeat produces symptoms such as heart stuttering, palpitations, shortness of breath and anxiety. Treating AF is about three things: preventing a stroke, avoiding long-term damage and improving quality of life.

Treatment of patients with AF is either medicinal or invasive via ablation. For many symptomatic patients, catheter ablation is recommended as the most effective therapeutic option. Thus, depending on the situation, an invasive strategy may be possible even before medication is started.

The procedure is performed under local anesthesia. Using a catheter that is advanced into the heart via the groin, an electronic map (3_D Mapping)can be obtained from inside the heart. With this precise image of the arrhythmia, the responsible tissue can then be ablated so that the arrhythmia is terminated. This procedure is called "pulmonary vein isolation" and is the basic building block of AF ablation. In certain cases, and to achieve sustained success, multiple procedures may be necessary. 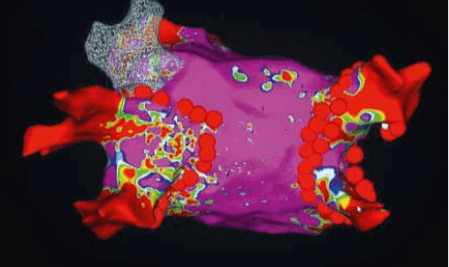 Electrophysiological map (3D mapping) of the left atrium. The red dots are the ablation points. There, scars develop that lead to the electrical isolation. This is the pulmonary vein isolation, the basic building block of AF ablation.

For stubborn cases, a unique method can be resorted to. Surgical ablation is a minimally invasive operation. It is performed by cardiac surgeons under general anesthesia. A camera and instruments are inserted through small incisions on the chest wall, and then sclerotherapy similar to catheter ablation is performed on the surface of the heart. At the end of the procedure, pulmonary vein isolation is created. In addition, the left heart ear is removed, which has the great advantage that no blood thinner is needed after the procedure.

Surgical ablation is performed in the operating room under general anesthesia. Using a camera and two instruments, surgeons access the heart surface, where energy is gently applied (obliteration) and the heart ear is severed.

The collaboration of electrophysiologists (cardiologist) and cardiac surgeons offers a significant expansion of options, especially for patients with complex AF. This new and innovative collaboration is called "HeartTeam" and is based on a therapeutic hybrid approach. Swiss Ablation stands for this approach. Whether surgical or non-surgical intervention is performed first depends on the individual situation. Often, the originally planned second interventions are no longer necessary. Recent studies show that the combination of both procedures can significantly improve outcomes in the interventional treatment of AF.

Our focus is patient safety

There are different possibilities to perform a hybrid procedure in AF. Swiss Ablation follows the so-called "staged hybrid" concept. This means that electrophysiological and surgical interventions are performed separately in time and only when necessary. This leads to an avoidance of unnecessary ablations and thus also increases long-term safety for the patient without reducing the effectiveness of this concept. The focus is on treating the patient as effectively as necessary and as gently as possible. 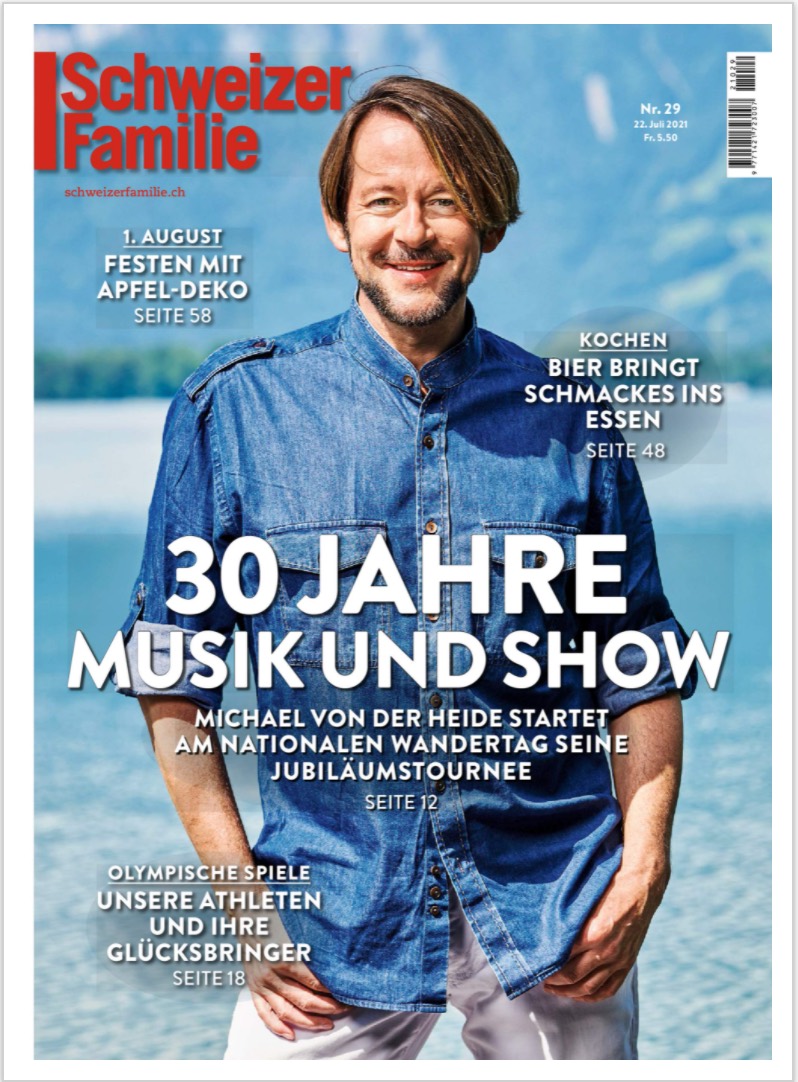 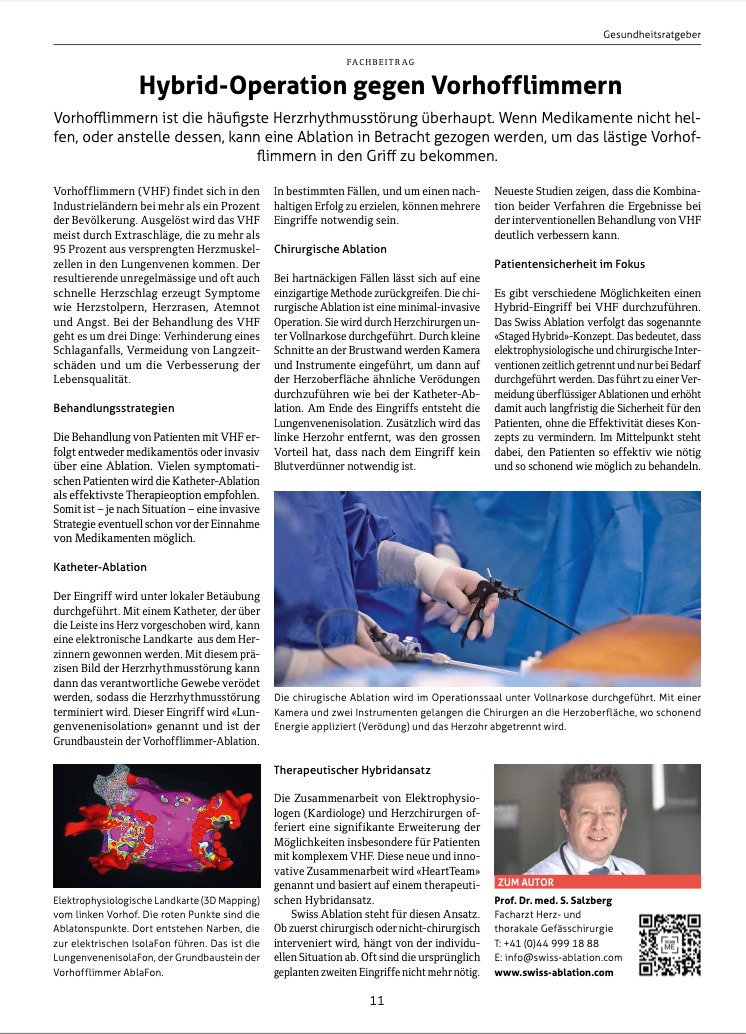