The classic defibrillator is a device implanted to prevent sudden cardiac death or to treat so-called ventricular tachycardia.

Ventricular tachycardia is a tachycardic cardiac arrhythmia that originates from the ventricles. It occurs in healthy people, but can also be a sign of heart disease requiring treatment. Similar to a pacemaker, a battery is placed under the skin and a probe is placed in the heart. A controlled electric shock is then triggered between the battery and the probe, which corrects the cardiac arrhythmia.

When high-performance athletes collapse in front of the spectators, resuscitation is the immediate measure that should be taken. The use of an automated external defibrillator (AED) is then employed. These devices are connected to the patient by two adhesive electrodes and allow the device to automatically analyse the patient's ECG and deliver an automatic shock of energy. These 200 joules then lead to a resumption of controlled cardiac activity in most cases. In recent years, the devices have become smaller and can be implanted in certain patients. This is a minor surgical procedure.

Single chamber
The focus here is on the detection and treatment of the potentially life-threatening arrhythmia. An ICD electrode is implanted in the right ventricle.

Dual chamber
An additional pacemaker probe is placed in the right atrium. In addition to preventing rapid arrhythmias, this also enables physiological pacing as with a dual-chamber pacemaker.

This system is used adequately to a three-chamber pacemaker in patients with desynchronised contraction of right and left ventricles and an increased risk of malignant arrhythmias.

Sub-cutaneous (S-ICD)
S-ICD is a system that does not require probes in the heart. These devices are mainly used for the prophylaxis of life-threatening cardiac arrhythmias. Chronic pacemaker stimulation is not possible with this type of device. 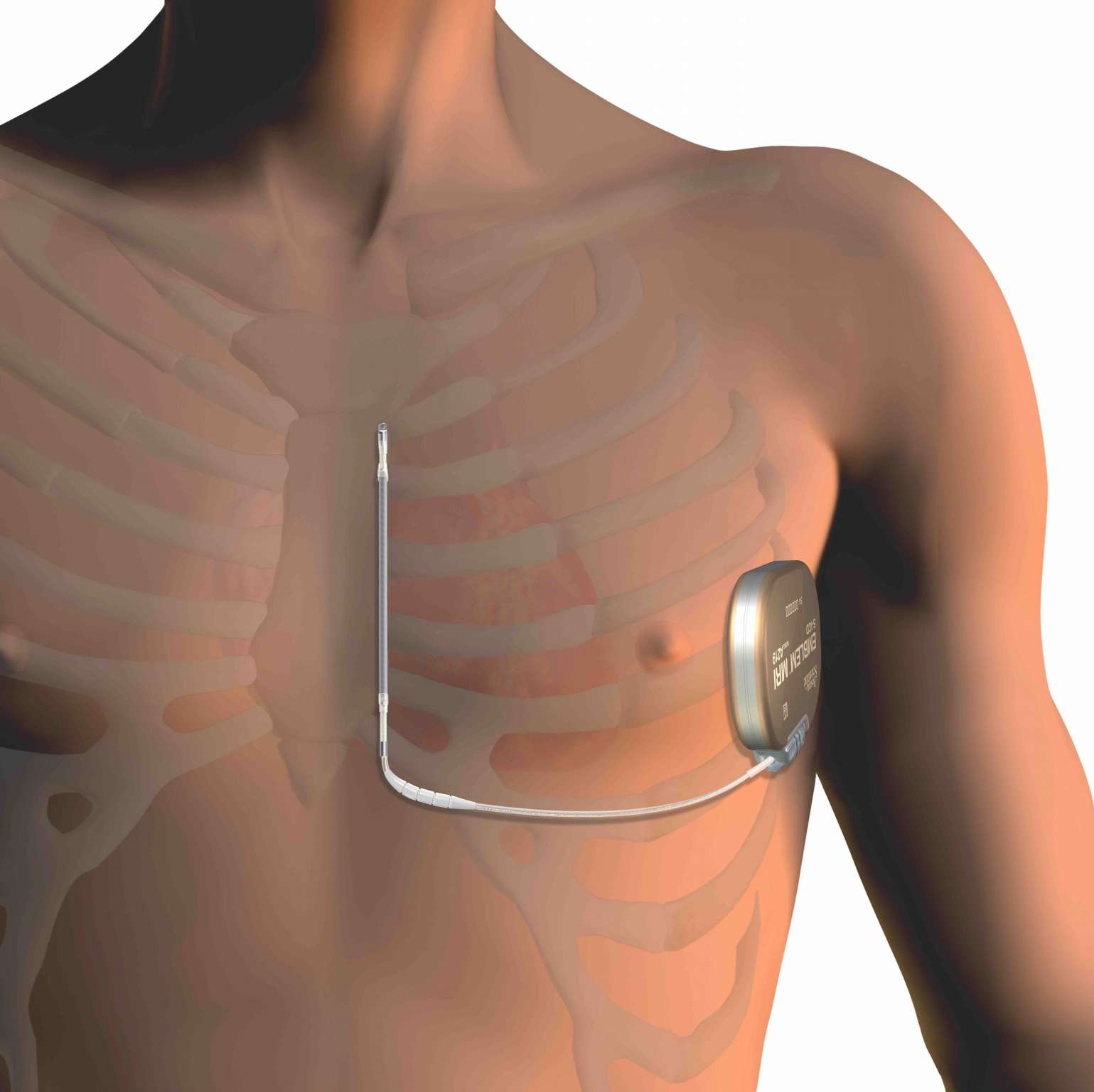 There are now also defibrillators that do not require a lead in the heart. This subcutaneously implantable cardioverted defibrillator (S-ICD for short) has the great advantage that there is no foreign body (such as a probe) in the blood. Prof. Dr. med. Salzberg learned how to implant this type of defibrillator in Amsterdam and then introduced this technique to Switzerland. And the best thing about it is that these types of defibrillators is that they can be removed again without any problems.

An implantable cardioverter defibrillator (AICD) is slightly larger than a pacemaker, but similar to it, it is implanted in the shoulder area below the collarbone. The device detects and treats potentially life-threatening cardiac arrhythmias. An AICD continuously monitors the heart rhythm and delivers rapid pulses of electricity or an electrical shock to restore normal rhythm.


Who needs an ICD