We speak of tachycardia when the pulse rate at rest rises to over 100 per minute. Heart rates of more than 120/ min are often perceived as tachycardia. It is important to get a check up, since it can be a serious situation that requires immediate medical attention.

The most important bradycardic (slow) and tachycardic (fast) cardiac arrhythmias

The most important bradycardic (slow) and tachycardic (fast) cardiac arrhythmias

When the heart beats at a rate below 60 per minute, it’s called a bradycardia. The normal resting pulse rate is between 60 and 100 per minute. The resting heart rate is very variable and is influenced by different factors (sex, age, fitness level, body weight, medication, ...). The heart pumps oxygen-enriched blood through the body like a constantly running motor. Under stress the heart rate should increase, if this is not sufficient, it is called chronotropic incompetence. It is usually the result of a disease or age-related degeneration of the heart's internal pace giver - the sinus node. If this insufficient heart rate increase or sinus bradycardia leads to symptoms such as dizziness or even fainting, the implantation of a pacemaker can help.

We speak of tachycardia when the pulse rate at rest rises to over 100 per minute. Heart rates of more than 120/ min are often perceived and described as tachycardia. To be distinguished from this are heart rate increases that occur during physical or mental stress, but also, for example, during fever and represent a completely normal physiological adaptation reaction to meet the body's increased oxygen demand. A tachycardia can have its origin in the main chambers of the heart (ventricles). In this case, especially in the case of pre-existing heart disease, it is often a serious situation that requires immediate medical attention. In the case of tachycardia from the atria, acute emergency situations occur much less frequently. However, here too - especially when it occurs for the first time - the type and cause of the cardiac arrhythmia must be determined.

Tachycardia from the atria

Accelerations of the activity of the heart's main pace giver - the sinus node - are usually the body's own adaptation reactions (strain, stress) or are found in non-cardiac diseases and conditions (oxygen deficiency, hyperthyroidism, blood loss and others). If the sinus rhythm increases very rapidly even during low physical activity or at rest, an inadequate sinus tachycardia may be present. In this case, it is not uncommon for the balance of the autonomic nervous system to change and for there to be no rhythm disturbance in the true sense. Medication can help temporarily. Good experiences have been made with specific training of endurance performance.

This form of atrial dysrhythmia is based on an increased automatism of one or occasionally several muscle cell assemblies. This persistent rhythm disturbance can often only be insufficiently suppressed by medication. A catheter ablation with the targeted obliteration of the causative focus is often the treatment method of choice.

In atrial flutter, electrical circular excitation occurs in the atria - usually around the tricuspid valve between the right atrium and the right main chamber (typical atrial flutter). The pulse is transmitted regularly and quickly, the heart rate is usually 150/min on average. Occasionally cardioversion is necessary, but catheter ablation offers very good results in this situation and is relatively easy to perform.

Atrial fibrillation is an absolute arrhythmia. It is characterized by a chaotic propagation of excitation with travelling flicker waves in both atria. This is often caused by age-related changes in the fine architecture of the musculature, especially of the left atrium. From about the age of 50 onwards, there is a statistically significant increase in the probability of developing atrial fibrillation. Triggers of atrial fibrillation are almost always extra beats or salves of extra beats from the sections of the pulmonary veins near the heart. These four blood vessels, whose main function is to transport the oxygen-enriched blood from the lungs into the heart, can be electrically isolated by a special ablation technique (pulmonary vein or pulmonary vein isolation = PVI), which means that atrial fibrillation can no longer be triggered. This can be done by surgical ablation in a minimally invasive procedure or with a catheter, called a catheter ablation. In some instances we can perform a hybrid procedure - which means combining both surgery and electrophysiology.

These are tachycardias, which can occur in patients with a congenital special electrical anatomical variant of excitation transfer from the atrium to the main chambers. These include AV accounts re-entry tachycardia and Wolff-Parkinson-White (WPW) syndrome. The treatment of choice here is also catheter ablation, in which the additional conduits can be sclerosed gently and with few complications.

With all forms of tachycardia or extra beats from the large ventricle, identification of the underlying heart disease is absolutely necessary.

Ventricular extrasystoles (VES) are extra beats from the muscles of the main chambers. Mostly they are benign but can lead to symptoms and anxiety and should be examined and monitored in the course of the disease. Problems include frequent occurrence (more than 10% of the total heartbeats), extra beats from certain regions (e.g. Purkinje fibres) and association with severe heart disease. The following should therefore always be excluded: coronary artery disease, thickening of the heart muscle, heart valve defects, heart muscle disease, and heart failure.

Common causes of ventricular tachycardia are scars of the main chambers after a heart attack and severe narrowing in the heart vessels.

Emergency Bypass Surgery
A patient shares his experience 5 years after the surgery. This video is in Swiss-German.Weitere Erfahrungsberichte 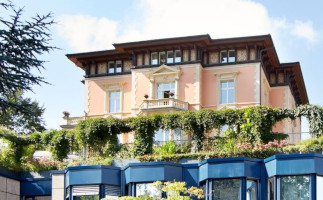 The Heart & Rhythm Center offers consultatios for all heart diseases.

We are specialized in cardiac arrhythmias, especially atrial fibrillation.

We are happy to advise you, also within the framework of a second opinion.

In the HeartTeam we carry out all decisions and treatments.

You will find us in the Bellaria House at Bellariastrasse 38 in Zurich. We look forward to hearing from you, just give us a call.
Make an Appointment
This website uses cookies
More about our data protection policy
Ok
Herz & Rhythmus Zentrum AG
Bellariastrasse 38
8038 Zürich
Schweiz
Phone
+41 44 209 25 48
Fax

Back to top
Skype