Cardiac pacemakers are microelectronic systems that take over the function of the body's own pacemaker. This is needed in situations where bradycardia (too slow a pulse) occurs. The pacemaker then takes over the stimulation and ensures an adequate pulse. The defibrillator protects against sudden cardiac death.

Atrial fibrillation is the most common cardiac rhythm disorder. As such, atrial fibrillation can either directly lead to a slow pulse (bradycardia) or the medication required to treat atrial fibrillation can cause a small pulse. However, bradycardia can also occur without atrial fibrillation, e.g. an AV blockageIt's a heart block that occurs when the electrical signal between the heart chambers and ventricles is impaired. This situation occurs when the electrical conduction system within the heart is sick. This disease leads to symptoms such as dizziness, shortness of breath and syncope. The treatment is a dual-chamber pacemaker. Two-chamber means that the atrium and the ventricle are each provided with an electrode (cables) connected to the pacemaker. Finally, resynchronization may be necessary in certain situations, in which case a 3-chamber pacemaker, also called a bi-ventricular system, is used.

With atrial fibrillation and other cardiac arrhythmias, pacemakers are used to bridge the diseased conduction system of the heart. The pacemaker consists of a housing and one or two electrodes (cables) that generate the connection between the unit (battery) and the heart. The electrodes connect the chambers of the heart through the venous system to the pacemaker, which lies under the skin just by the clavicula. With the electrodes, the pacemaker adapts its performance to the heart and ensures a sufficient pulse rate, in case it stops. 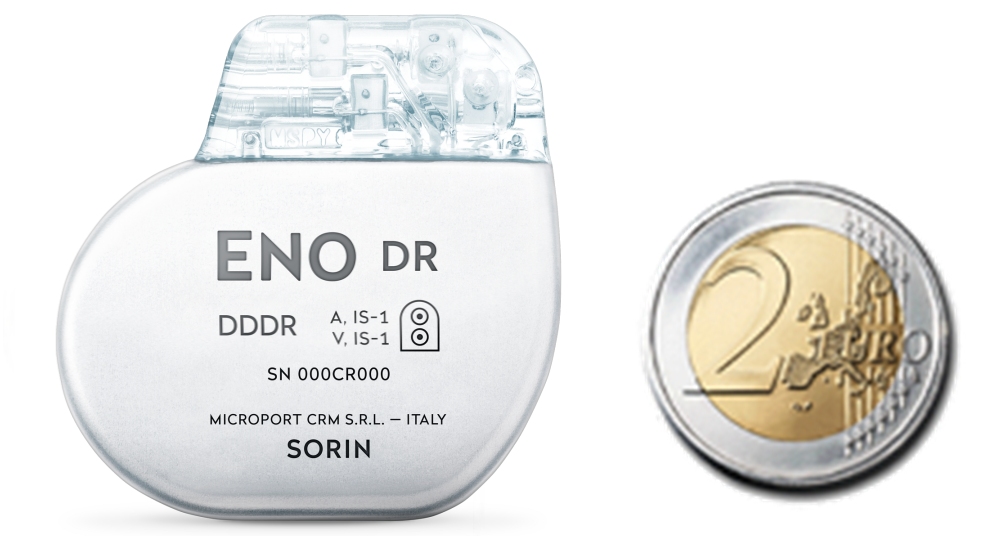 This type of pacemaker consists of the housing and only one electrode. This electrode is either in the ventricle (VVI pacemaker) or in the atrium (AAI pacemaker). Single-chamber pacemakers are used for frequency control in patients with a diseased sinus node or atrial fibrillation.

This type of pacemaker consists of a housing with two electrodes. One of the electrodes is in the atrium, the other in the ventricle. This allows the pacemaker to bridge any impaired conduction from the small to the large chamber. A DDD pacemaker works by adjusting its rate to the needs of the patient - for example, during sport or physical activity, the pulse may increase accordingly.

The Heart & Rhythm Centre specializes in the removal of old pacemaker electrodes when they are no longer necessary. These can potentially be very difficult interventions, that are carried out in the hybrid operating room, where a heart-lung machine is always on standby. These procedures are always performed in a HeartTeam setting with an experienced cardiac surgeon present.