Catheter ablation is used to make a pulmonary vein isolation. This procedure is more effective than drugs in controlling atrial fibrillation. We specialize in these interventions. Ablation is our core competence!

Ablation instead of lifelong medication?

Rhythm Control instead of DrugsCardiac ablation Advantage of treatment

Rhythm control is a therapy strategy, where we aggressively try to keep a normal sinus rhythm to get the symptoms under control and avoid the development of a heart failure. This is initially done with lifestyle adjustments, medication and cardioversions Through a cardioversion a normal heart rate should be achieved again and afterwards with ablations.

Ablation instead of lifelong medications?

Modern studies have shown that catheter ablation offers better long-term results than lifelong medication. Especially when patients don’t tolerate medications. They often suffer from the similar symptoms through the intake of those medications that try to prevent them from said symptoms. Medications and cardioversions can only help to a limited extent. With the progression of the disease a more aggressive approach becomes necessary.

What is a Catheter ablation? 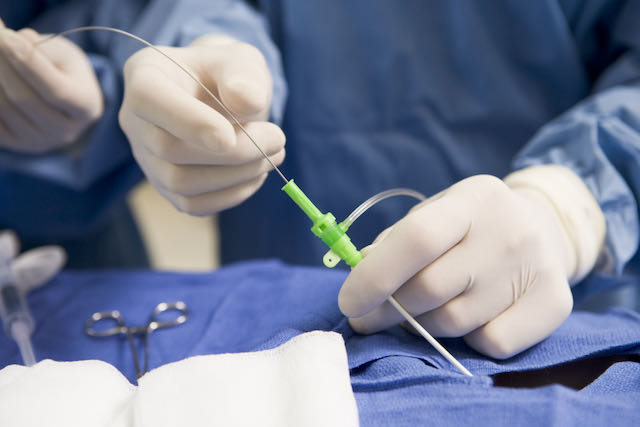 The procedure is performed under local anaesthesia. With a catheter that is inserted through the groin into the heart a “3D mapping” is done (an electrical map) and a live electrical image can be obtained from within the heart. With this precise picture of the arrhythmia, the responsible tissue can be specifically targeted inside the heart, so that the cardiac arrhythmia is terminated. This arrhythmia most often occurs in the pulmonary veins. This is why the procedure is called pulmonary vein isolation (PVI).

The goal is to create a scar. This happens by denaturing the proteins in the cells. This can be achieved with heat or cold. The heat is achieved thanks to radio frequency electricity, which denatures the tissue, creating a scar. It is also possible to achieve the same effect through freezing. The scar leads to electrical isolation. A very old surgical principle, that is now newly performed with a catheter over the groin.

Why with the catheter?

The big advantage of this procedure, which is done under local anaesthesia with a twilight sleep (anesthesia if desired), is the possibility to measure the cardiac current pathways and to understand them better. Reaching the heart through a puncture in the groin is the great advantage of this method. But also, to deliver the therapy at the same time and then check the results. In certain cases, however, and in order to achieve a sustainable result, several interventions may be necessary.

Who profits the most?

The Heartteam and the patient 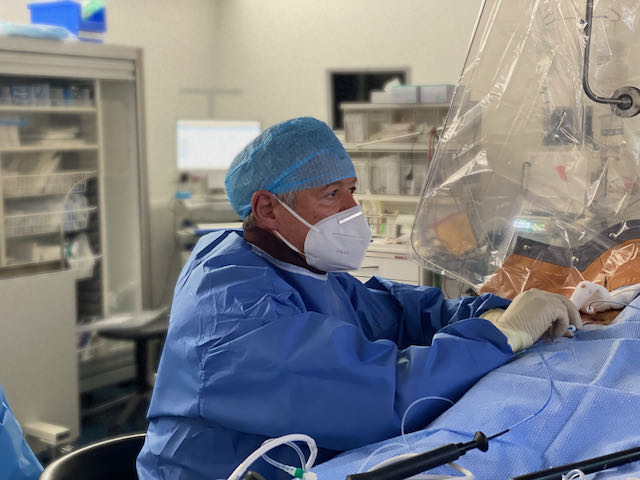 The latest (2016) guidelines of the European Society of Cardiology recommend the cooperation of various specialists (cardiologist, electrophysiologist and cardiac surgeon) in the field of atrial fibrillation treatment in order to achieve an optimal result for the patient. This collaboration is called HeartTeam. Our HeartTeam accompanies you on this way.

What is a Catheter?

A catheter is an instrument that a cardiologist can advance through a patient's groin to the heart. With a catheter something can be done inside the heart. This can be the injection of contrast medium to make a morphological image with X-rays (angiography). Or heart tissue can be sclerosed with a catheter.

How long is a catheter ablation?

What is the blanking period?

This time (usually 3 months after the procedure) is called this because it does not apply to the evaluation of the long-term course. After the ablation, it is possible that some cells are only anaesthetised and become active again after some time - but above all, the inflammation after the ablation is also a trigger of atrial fibrillation - and it is necessary to wait until the inflammation is no longer responsible for triggering atrial fibrillation. Therefore, in this phase, a very aggressive attempt must be made to stabilise the heart rhythm. This is done with cardioversion and/or medication. This is independent of the technique.
This website uses cookies
Data protection policy
Ok
Herz & Rhythmus Zentrum AG
Pilgerweg 7
8044 Zürich
Schweiz
Phone
+41 44 999 18 88
Fax
+41 43 430 26 08